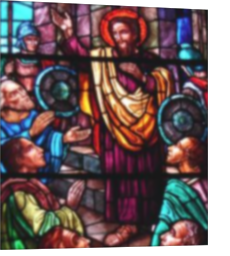 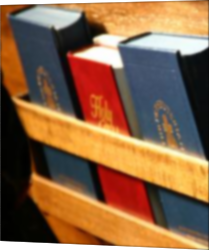 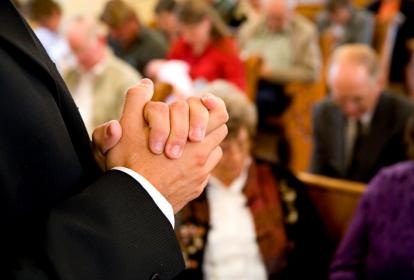 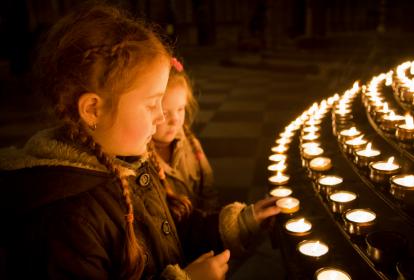 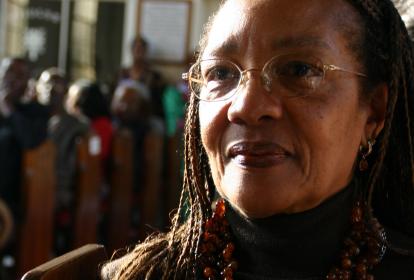 After coming to the Boston area in July 1973 to pastor the Church of God of Prophecy at 20 Moreland Street, Roxbury, MA, Bishop James Peters, Sr. was led to begin a new church in Dorchester, MA.  On August 31, 1975, a mission in Dorchester, MA, was started at the YMCA on Washington Street.  There were 27 people in attendance in the first service.  The first message preached that Sunday morning in that very small place, was ‘Don’t Give Up!’  The Lord really blessed during the next three months while the Church was still located at the YMCA, so soon the congregation had grown too large for the space, so the mission had to relocate.

After being turned down by many places, the pastor, and saints of the Church of God in Christ at 101 Nightingale Street, Dorchester, MA rented the church basement to the Dorchester Mission.  The power of God was felt marvelously in that place.  As the mission began to have revival meetings, many come to know the Lord and fellowshipped with the congregation.  It came time to do as Jesus did some two thousand years ago. So the mission was formally organized as a church.  Bishop M. L. Hartley, the then- State Overseer, preached the message and organized the Church with ten new covenanted members.

That was a glorious day for the congregation as God gave his stamp of approval by manifesting his power and presence.  The inaugural members faithfully sacrificed their time and resources to propel the Church into rapid growth.  From that very small beginning, the Church launched a campaign for a new building it could claim as its own.  Starting without any money in the bank, the Lord came and stirred his body, and the Saints gave sacrificially to the cause of Christ. Many of the initial members who paved the way for the success of the congregation have gone on to be with the Lord, but several are still alive today and continue to be faithful to God and his Church.

The Church eventually moved to 389 Talbot Avenue, Dorchester.  The building was small and required much work, but again the Saints rallied and contributed to the work that needed to be done.  Praise God for everyone who worshiped at Talbot Avenue.  Many battles were fought and won in that little place.  Sometimes the Devil put up a good fight, but God, who is love, gave the Church great victory.

Many blessings were received at Talbot Avenue, but soon the Church outgrew that building, so once again, growing pains began to set in. Once again, the people of God came through with the needed funds, and only by the power of God and his great glory was the Church able to purchase and relocate to its present location, 493 Washington Street, Dorchester.

In 1993, Bishop Peters relocated to Florida and passed the pastoral mantle to a young man, whom he had mentored and prepared for leadership for several years, Pastor Glen T. Prospere. The Church continued its compelling purpose and mission under the new leadership of Pastor Prospere and his wife, Pauline.  In 1997, seeking to expand its global vision, a decision was made to become an independent organization, now named, Full Life Gospel Center.  In 2002, Pastor Prospere was consecrated to the office of Bishop and soon after, organized an offshoot, Full Life Gospel Center of the North Shore in Lynn, MA, under the leadership of Pastor Novlett Robinson. That congregation has grown and continues to make an impact in the North Shore area. In 2016, Harvest Church of Orlando, Florida, and four churches in Uganda joined the fellowship of Full Life Gospel Churches, under the leadership of Dr. Bishop Glen Prospere.

Full Life Gospel Center has been a beacon in the Boston area, providing food to the community through its Food Pantry, Youth Services, Dance and Music Ministries, Ministerial Training and Development, a dynamic Couple’s Ministry, Women’s Ministry, Men’s Ministry, and Seniors Ministry, among others. The Church’s global mission has impacted lives in Uganda, Ghana, Trinidad and Tobago, Barbados, Montserrat, Antigua, Canada, and throughout the United States.

The Church is predominantly Caribbean American but has embraced people from every nation and ethnicity, without prejudice. We work diligently to live up to our motto, which simply states, “Full Life Gospel Center, where everybody is somebody, and Jesus Christ is Lord.” We can genuinely identify with the writer, who says, “We have come this far by faith, leaning on the Lord.”

In 2016, Bishop James Peters, Senior, went home to be with the Lord, but he left behind a rich legacy. As he so eloquently described the Church, “She is pressing her way forward in the power of the Holy Ghost!”  The Bible declares that the gates of hell shall not prevail against the Church, and no doubt about it, we are moving from victory to victory.  So look out Dorchester and surrounding areas, “HERE WE COME!”

Under the progressive visionary leadership, teaching and preaching of Bishop Doctor Prospere, and with the support of strong Ministerial and Deaconate teams, and a congregation that is faithful and on the move, the Church continues to grow, and its future looks bright and promising.  In March 2017, the Church purchased a new House of Worship at 183-189 Norfolk Street and relocated to its new facility in May of 2017.

The Church continues to increase in membership and spiritual growth and has an aggressive vision of numerical growth to over 500 over the next several years. Also, capitalizing on the skills and education of its leader, Doctor Prospere, there are also major fundraising plans to accommodate the expansion of its vision of serving the community’s need for mental health, addictions, family and spiritual needs, and to increase its world missions outreach efforts.